Srinagar: Seven terrorists, together with terror outfit Ansar Ghazwatul Hind’s chief Imtiaz Ahmad Shah, had been gunned down by safety forces in two encounters in Jammu and Kashmir’s Shopian and Pulwama districts, police mentioned on Friday. “5 terrorists have been killed in a Shopian operation, whereas two others had been killed within the encounter at Nowbugh in Tral space of Pulwama district,” a police official mentioned.

Earlier, the Kashmir Zone Police had mentioned that efforts had been being made to get two militants hiding inside a mosque in Shopian after an in a single day encounter to give up. “Brother of holed up terrorist and native imamsahab despatched inside mosque to steer the terrorists to come back out and give up. Efforts are on to save lots of the mosque,” police had mentioned in a tweet. That they had additionally tweeted in regards to the Ansar Ghazwatul Hind (AGuH) chief being trapped contained in the mosque. “Chief of proscribed terrorist outfit AGuH (JeM) trapped,” police had mentioned.

The encounter in Shopian city broke out on Thursday night and giving an replace in regards to the operation on the identical day, police had mentioned that three militants have been killed and 4 safety forces personnel injured. Inspector Basic of Police, Kashmir Zone, Vijay Kumar instructed reporters that AGuH chief Imtiaz Shah, who was energetic since 2019, was really killed within the gunbattle at Tral in Pulwama district. “Whereas laying a cordon in Shopian, two militants managed to flee after hurling a grenade,” Kumar mentioned. He mentioned performing on inputs that the militants had moved in the direction of orchards within the Tral space, one other operation was launched in Nowbug and the 2 ultras had been killed. One of many slain militants was recognized as Imtiaz Shah, Kumar mentioned. 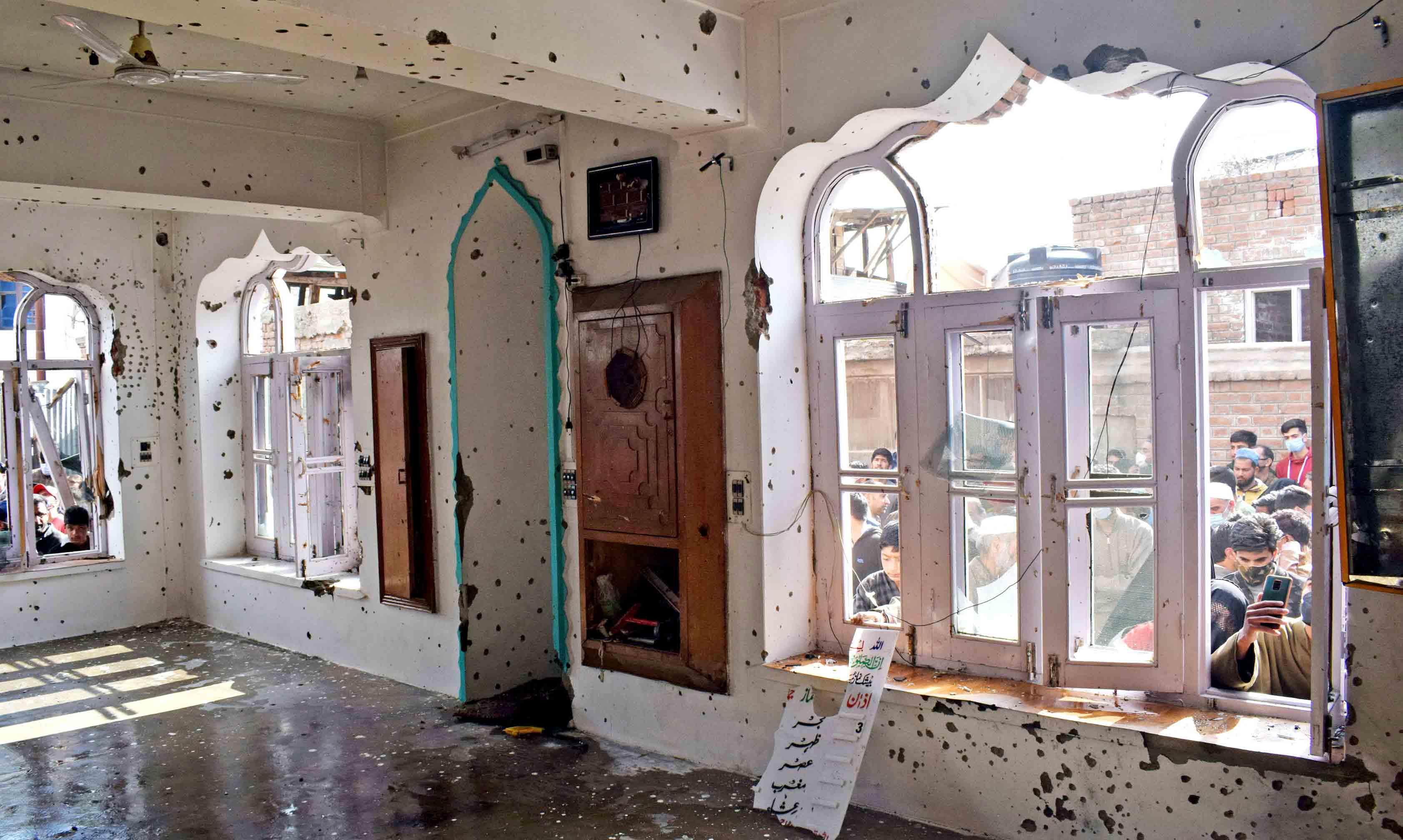 The officer mentioned three folks, who hurled stones on safety forces after they had been laying the cordon, suffered pellet accidents. The military’s 15 Corps’ Commander, Lt Gen D P Pandey, mentioned the safety forces had carried out the Shopian operation with utmost restraint and respect for the place of worship the place the 2 militants had been hiding. “It was ensured that there was no disrespect to the place of worship (the mosque),” he mentioned.

Lt Gen Pandey mentioned safety forces gave ample alternative to the militants to give up. “We wish the misguided youth to comeback,” he mentioned, however warned that anybody who takes to arms in opposition to the state shall be neutralised. On the orders asking the media to not cowl stay encounters and regulation and order conditions, IGP Kumar mentioned he had written to all senior superintendents of police, protecting in thoughts the protection of journalists and to make sure media protection doesn’t hamper operations. “I’ve directed the district SSPs involved to temporary the media after the operations are over,” he added.

Previous Article
Disputes with India ought to be resolved via talks, Pakistan to welcome third-party mediation: FO
Next Article
PM Imran Khan extends condolences to Britain upon Prince Philip’s demise